A Ride Befitting My Status 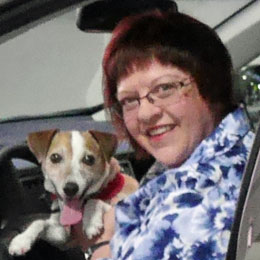 You know, Ann has been looking for just the right car for some time.  She tried the local dealer, but they didn’t seem very inspired to get Ann behind a new wheel. 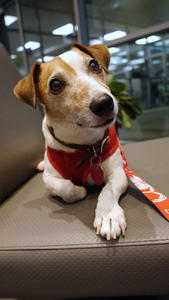 Now don’t be thinking that she’s being frivolous before I share this story because she’s had her 1997 Toyota Camry since 1999, not long after she first became a Stampin’ Up! demonstrator!  It’s got over 292, 000 miles on it and I think that I deserve to be driven around in a a ride befitting my status.

So my favorite huMAN and I decided to take a ride down to Folsom Lake Toyota where she bought the Camry 16 years ago.  Ann had called ahead and talked to Steve about the one she wanted.  They agreed on a price and she barely could eat her dinner before we were off like a prom dress!

That Steve must be a pretty smart guy because he introduced us to Chris Fabiani to do the deal and holy moly!  Chris was fantastic! 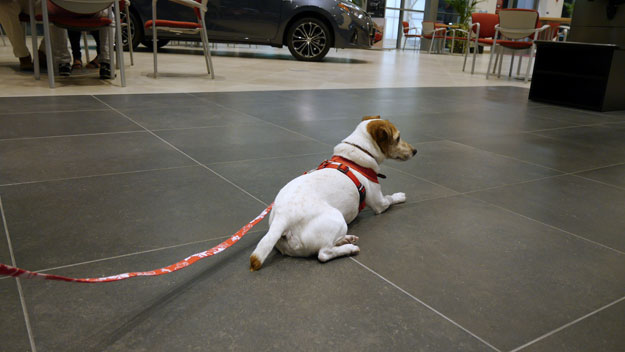 The place so fancy that I actually laid on a non-carpeted floor!  (Something that doesn’t happen often.)

The deal was done, but there was a bit of waiting for the money guy to get Ann a license.  I wonder if she’ll have to wear it around her neck like I do?

Chris was very accommodating and tried to make our wait as comfortable as possible.  He took us outside and showed us every button on that car!  Ann’s going to have to study those books in the glove box!

The car almost looks like our new Tip Top Taupe color!  Maybe I should design a card for Chris and Steve because they’ll be working pretty hard with a big car sale coming up this weekend while the rest of us are barbequing. 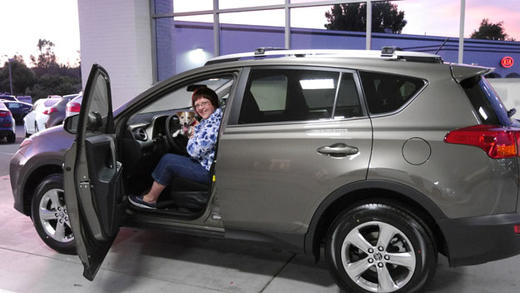 We can’t wait to go back and get my favorite huMAN a new ride one day.  And we would definitely work with Chris Fabiani at Folsom Lake Toyota again.  He knows how a discriminating dog should be treated and was quite impressed at my car seat and how well it fit into the new Toyota RAV4.

And many thanks to my gal pal Doodles for suggesting the Power Gate in the back so I won’t get wet if it ever rains here again.

We’ll be back with a new card idea tomorrow because without all of you, this never would have happened.

Drive safe this weekend!  I know we will! 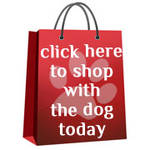 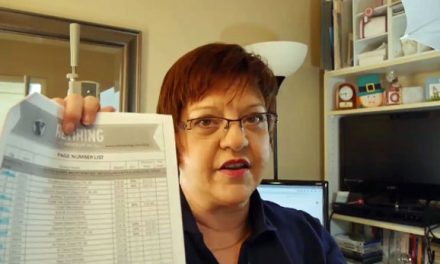 Thank You So Much, My Friends!

What’s Your Biggest Score in the Stampin’ Up! Clearance Rack? 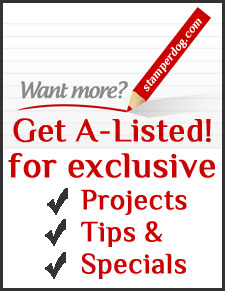 Get 3 Tip Sheets
to help your stamping
& 24 annual project tutorials
when you get A-Listed here.

Copy this code to shop online
9FSGTV6Z
& get a small gift enclosed
with the handmade
thank you card we send you. 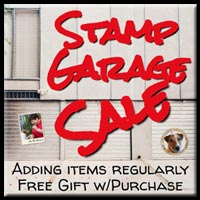 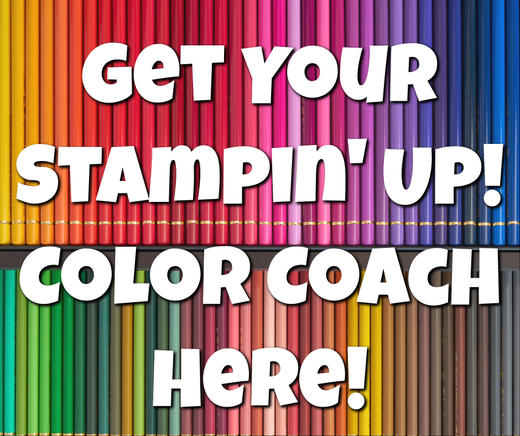